When implementing buildings in Pocket City, I discovered that ordering buildings was easy - just sort the z-index using the buildings's Y position whenever the buildings changed, then cache the buildings as a bitmap (combines a group of sprites into a single static sprite in Phaser). 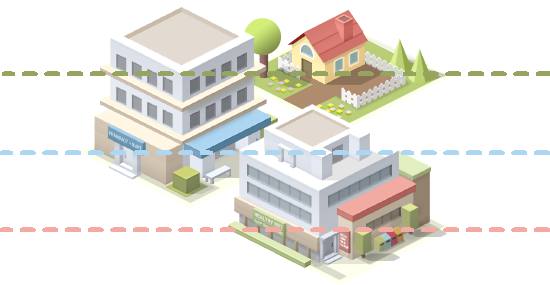 In a Cordova-based game, performance is a major concern, so I wondered it there was a any easy way to cheat and avoid the z-depth recalculation on every update. 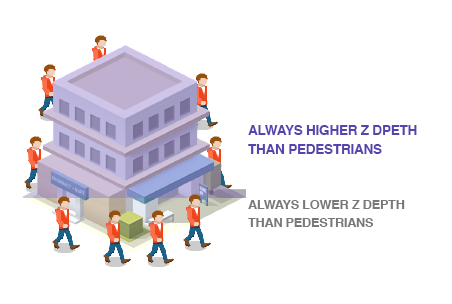 I could layer my sprites into groups like so: 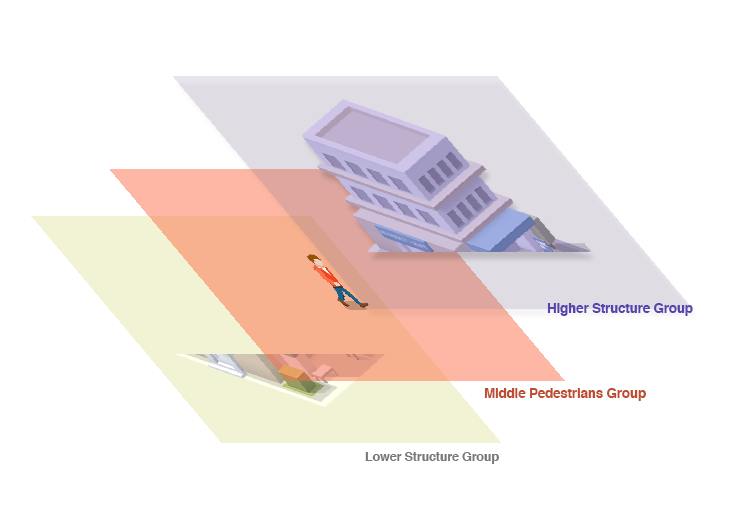 This meant splitting each building sprite into two sprites and stuffing the pedestrians layer in the middle. Each layer is a group that I add to my stage in the order that they should be drawn.

Then, now that my pedestrians are in a separate layer, I can just call sort on the pedestrians without mixing in the structures.

And now that my structure layer is not being sorted, I can actually cache them as bitmap again!

This strategy allowed me to save on z-index sorts and enabled caching the structures into two bitmaps (upper and lower). This exact solution may not be applicable to other games, but it shows that sometimes the solution is to cheat a bit and think outside the box!

The Result:
Note the pedestrians walking from the front to back of the building:

Drawing to canvas is the primary way of rendering content in HTML5 games, as it beats DOM manipulation out of the water for performance. However, I've found that the DOM still has a